A Little Feedback on the Grahamstown Trip

Some photos from Encore!

A Wee Bit Of A Downer

A Little Feedback on the Grahamstown Trip2 min read 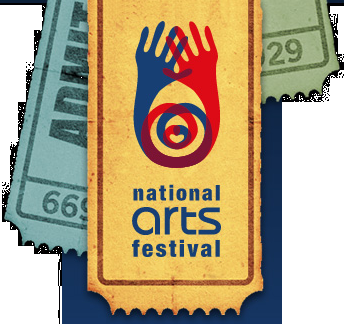 Well, I’ve been in Grahamstown for over a week and haven’t written a blog post yet which has been rather slack of me.

We arrived on Wednesday night with our little set and props, settled into the house that would be ours over Fest and basically remained under house arrest rehearsing most intensely for the next four days, occasionally venturing outside to put up posters, do some admin and attain groceries. Monday morning was our first performance and for a very short but intense 2.5 week rehearsal period, we did pretty decently. The energy wasn’t as high as it could be but the audience seemed to enjoy it, sniggering every so often. Also, we did get some great photos thanks to CuePix.

With the stress of the first performance over, we, the actors, were released into the wild Grahamstownian landscape (“This is Frontier Country!”) to watch shows and indulge in Fest-related socialising. This started with brunch at Red Cafe followed by scouring the Festival Booking Kit and deciding on a basic and flexible schedule for the rest of the week. I managed to see a few decently entertaining shows including for.GIVEN, Rob van Vuuren’s What What, Lenny and the Wasteland, Jittery Citizens, Champ, and a few others.

While I haven’t seen anything decidely horrible, I would thoroughly recommend Lenny and the Wasteland as my current favourite. The combination of live action, shadow imagery and projected media was very well done, in my opinion, and the story and relationship of the characters really touched me enough to give the show a standing ovation, which I don’t do willy nilly.

Our subsequent performance of Encore! was a lot better with the actors being more awake and energised (even if I did forget my characters’ names and a few lines were missed), and the audience responding far more vocally than our morning show. We’re looking forward to better and better shows as we go on.

I will try post some comments on the other shows that I watched in due time but don’t hold your breath or anything else. 😉