Pushing Too Much On My Performance

In Mother Nigeria Time Does Not Equal Money 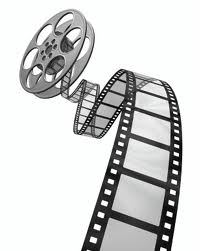 I secured a casting for a movie today. On the theme of confidence, I put forward my resume for a casting call that included only British (I assume white) and Chinese characters, with a bit of blurb stating that I can certainly play a British or pseudo-Chinese character.

To be honest, I’ve a lot more chutzpah in written communication than I seem to have face to face 😛

My resume secured me a casting and my performance seems to have secured me the role. Nothing confirmed just yet but the producer and casting director were talking about changing one of the characters to an Indian after my audition performance so things look good.

Mind you, the calibre of actors that showed up for the audition were not great. It felt like I was auditioning for an amateur drama production. There was only one young woman there who was definitely also a professional actor. The others were either sent through from a characters agency or still in drama school or something.

Which bodes well for me but does leave the question hanging: is this a production I would WANT to be in?

[UPDATE: I did get the role and wrote about my experience here: In Mother Nigeria, Time Does Not Equal Money]