All about the Jai’prakash, baby!

A character out of your dreamiest dreams, this natural piece of plasticine is a confirmed actor, physical performer, voice artist, facial distorter, and professional swooner on a dedicated mission to save the world, one milk snorting guffaw at a time. 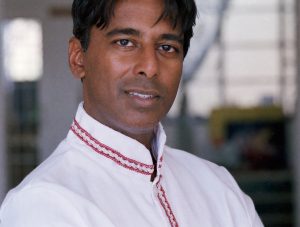 Credited as Jai Prakash, Jai Sewram, and Jai’prakash Sewram, this amazing piece of man-meat (yes, I am man, meat and amazing!) spent a year studying Musical Theatre at TUT in 2004. I’ve subsequently performed in stage musicals such as Sweeney Todd (2007) and Into The Woods (2005), as well as a Shakespeare in the Park production of Much Ado About Nothing (2009). My physical performance skills were well received in the children’s theatre shows Aladdin (2008) and Charlotte’s Web (2008), the seductively naughty School of Whoredom (2009 Wits Festival), and the more controversial The Tragic Life and Death of Doctor Faustus (2008). That last one was really awesome. You should check the photos.

Hailing from the little town of Secunda, I spent most of my childhood hermitting in my bedroom embracing my introvertism and perfecting my programming skills. However, working in the real world of IT didn’t quite stimulate all my pleasure zones, so I developed a personality, announced that I’d be an actor and haven’t been taken seriously since.

I currently resides in Johannesburg, plying my trade as an actor and writer with the occasionally splurges of bodywork therapy. In my free time, you’ll probably find me hiking, climbing, playing games on my computer, or sunbathing on somebody’s lawn. I do enjoy the natural outdoors and being active. Ultimate Frisbee, anyone?

As a naturally comedic performer, I have also done many physically demanding stage roles, and complement my acting performances with fire dancing, tumbling, and plain careless acrobatics. Like a chameleon, I shift from character to character, seamlessly swapping accents like they were top hats.

As you may have picked up, my passions are spread wide, extending to writing, transformational bodywork, programming and a host of other pursuits, keeping me engaged and entertained as my life path meanders onward. Click any of the preceding links to delve even further into the psyche that is me. Mwuhahaha.

Want to work with me?