I’m All About The B-Horror

My Own Worst Enemy

I’m All About The B-Horror2 min read 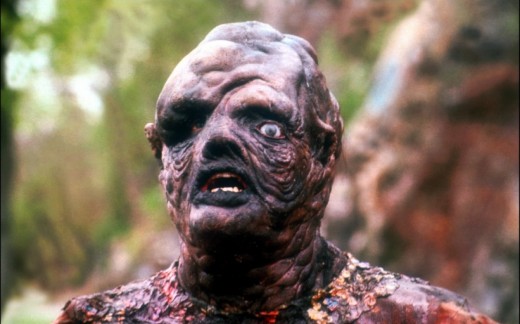 When I’ve not been in the field for a period, I do tend to forget how exciting a performance set is. Today was dedicated to assisting with the productions of two of Apeiro Training’s students, the aim of which is to give our students some active experience.

So being part of a training institution does seem to have its perks; One of the students cast me in his short. The dialogue I thought needed some additional work and the ending was entirely out of left field but the overall idea was very sound, albeit reminiscent of a B-grade horror flick. Alas, I cannot reveal that idea just yet. At least, not on a public blog 🙂

My character spent the entire short enduring a rather hectic time at a experimental hospital, eventually breaking free in a rather out-there manner. Those of you who’ve seen my various characters over the years will know that I generally do more comedic type roles. It’s just what I generally wind up being cast at naturally. I do enjoy doing the more dramatic and intense roles but those don’t come often.

And, as such, I enjoyed playing this disoriented man, in constant physical and mental pain. It’s possible people off-set thought that there was a massacre in process with all the screaming!

Apart from donning the performance hat again, I’ve not been on a shoot in six months. My excitement hormones were pumping through my system again as we set up locations, reviewed scripts, did some odd jobs getting scenes ready, filmed some kids pull horrifying faces, and, of course, did some agonising screaming of my own.

It may seem silly, but I often forget the elation I feel while performing or just being on set with a good gang of people. It turned out being a rad day and the students got a healthy dose of insight as they had to shift their shoot schedule, lose scenes and adjust according to the flow of the day. All part of the experience.