This is Where Your Chains Fall 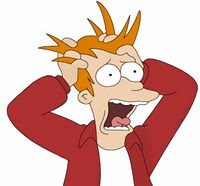 It’s not far into the year and already I’m getting a bit bummed out about the entertainment industry.

While I’ve been going to a fair number of commercial auditions, there’s been no confirmations of work yet and we’re two months down. My other projects are also lagging which is further demotivating my performance bones.

The state of the movie (and screen entertainment) industry in South Africa is still very much in flux. Funding options are severely limited for independents unless you’re doing a feature on AIDS, shot in an informal settlement with the inhabitants of said settlement making up the bulk of your “actors”. Well, that’s the first problem. The second is that very few movie-makers have the business acumen to properly create a proposal and acquire the appropriate funds and investors.

What this basically means for the average actor is movie schedules get stretched so thin, you may find yourself wondering if the teenage character you’re playing is going to look a little non-authentic with your now receding hairline.

It’s got to the point that, from a career perspective, being cast for a movie isn’t anything to really celebrate until you’ve got the finished product in hand. Until then, it’s just a promise of potential dependant on budget and the fragile whims of emotionally unstable creative people.

Alas, I count as one of that group of whimsical artistes.