I Believe That We’re All A Little Weird

Being Happy with Determination

I Believe That We’re All A Little Weird4 min read 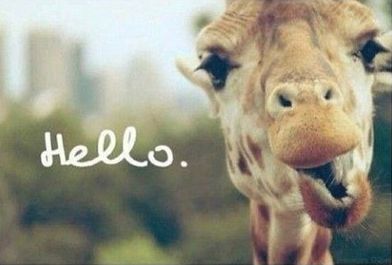 Unique New York, Unique New York. It’s a vocal exercise. Try it. Pronounce the words fully, enunciating each syllable. You neek, Neyoo York. Pretty cool, hey? You really have to work your lips and jaw. At least, that’s the aim. The more exercised your jaw and lips are the better able your audience can understand what you’re saying. Of course, all this has little to do with my topic for today other than the fact that the phrase contains the word “unique”. I have nothing to say about “New York” right now.

What I do want to say is that I love it when people call me weird. My favourite pet names from previous partners were “Freak” and “Weirdo”. Ok, they weren’t pet names; my lovers were just calling me names. Good naturedly of course. I probably wouldn’t have dated them otherwise.

And as I loved them, I also love the idea that I am not like that which is considered common. Which is essentially that which everyone conforms to. I don’t believe there really is anything that is common. It’s a made-up term. Like average. We’re not taking statistics here. Averages exist in statistics. They don’t really exist in sociology. Not in the way we, as common non-scientists, think about them. Average is whatever is the current fad within a particular culture and society.

There is no average size, nor average weight, nor average personality-type. We are far too unique for that. The average person that is promoted in everyone’s minds is a fictional character that, if we actually did measure everyone’s size and weight, would certainly not equate to the average that we’d statistically calculate. I don’t even need to do this calculation. I merely need to observe popular culture, watch popular tv, and then look at everybody around me.

What I don’t get is that we have been so brainwashed into thinking we should conform that very few people stand out in their own light. Everyone instead tries so hard to be that fictional average being, shutting down a good deal of their own uniqueness. The media says, “Yes, you’re doing well. Standing out is bad.” and that’s bullshit. Be weird, be different, express your creativity, your beauty and your boldness. Do what you love and what you’re good at, whether that is considered artistic or logical. Embrace maths if that’s where your passion lies. Play with paints if that’s what feeds you. Whatever it is, just do it unapologetically.

And stop taking celebrity magazines so seriously. It’s like some unwritten rule has been formed that there are important people in the world and not so important people and what ever the important people do is the right way to live. Afterall, these so-called important people get to be on tv and in magazines, in some cases whether they want to or not. If we, the unimportant people (yes, I am also on TV; I’m associating to make a point 😛 ), want to experience the same, surely we must do what they’re doing!

This premise is flawed because we tend to forget that in many cases and especially when Kardashians are not involved, it actually took a lot of work, perseverance, talent, and patience before anybody even knew these celebrities existed. And I assure you, nobody that was not related to them cared about what perfume they were wearing nor whether the colour of their yoga pants was all feng shui’d. Besides, I’m on tv, and I have the worse fashion sense ever. You want to be ridiculed by your friends, wear what I wear.

Or better yet, just wear what you want to wear. And embrace your uniqueness. And when people stare at you as you walk down the exquisite halls of Sandton City, smile and wave your top hat and curtsey and acknowledge that you, too, may be just a little bit weird.