Beyond Being Socially Awkward and Lonely

Chatting about Polyamory on Radio 702

The Elves are About

Beyond Being Socially Awkward and Lonely6 min read 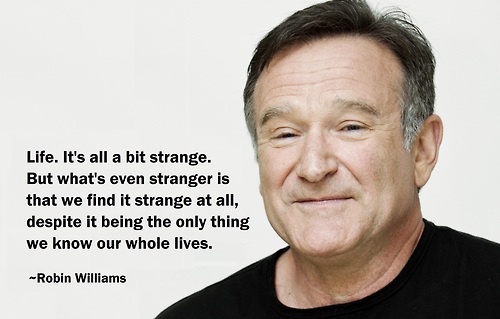 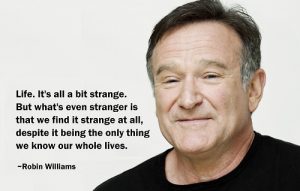 When comedian Robin Williams killed himself, I was very tempted to jump on the bandwagon and tout the issue of social depression and what a problem it is in our current society, as evidenced by this fantastic actor taking his life. Depression is an issue, there is no denying that. I’ve struggled with it all my life, I’ve several close and distant friends who suffer with it, and the Internet is rife with people, celebrities and not, who struggle with depression on a regular basis. People who don’t understand can easily point out the absurdity in being suicidal when one is a celebrity, wealth, has a family and ticks all the socially accepted boxes for being successful. But it’s not that simple. For example, when I learned about Williams’ death, I was vacationing on the island of Bali with my best friend and sister. And I was alone. In a foreign land, in a beautiful hotel, close to a beautiful beach, with one of the most special people in my life with me, I felt horribly alone and terribly sad. Even sadder is this has been my default state for the better part of over 30 years. All this, my experience of depression, my sympathy with Williams, my understanding that suicide is a very valid option for somebody in this state, the fact that society in general medicates and numbs the problem as a way of dealing with it, all these reasons plus my own feeling really sorry for myself was reason to write and express on this issue of depression as so many bloggers had.

But doing that, I realise, doesn’t solve anything. Having a mass group to empathise with continues to keep me in this darkness I’ve tried to escape my entire life. It feels good to know there are others, that I’m not actually alone with this problem, but this knowledge, this feeling doesn’t change anything. It just makes it a bit easier to live with and only for a little while. Because the reality was I was still lonely, I was still sad, and still no better off that day, no further from walking off a jagged cliff today than I was in January of the same year, than I was 2 years prior, 6 years prior, 32 years prior! I still needed solutions. I still needed to change, fix, kick this depressive habit (because, yes, it had evolved into something of a habit) and embrace my life fully, regardless of whether I was physically alone or misunderstood or unacceptable.

Underlying my own depression was the idea that I’ve wasted my life and my time, that I’m not worthy, not good enough, that I’m a failure and a disgrace. I felt judged for my desires and attitudes. I felt trapped. I sought freedom to be me.

The irony is that I was and am free. Because of the innate value I’d ascribed to freedom as a life value, from a detached, logical, unemotional viewpoint, I am one of the free-est people I know. I am not a slave to any workplace, able to, for example, escape for three weeks to Bali in off-peak season. I champion and express body-positivity through my nudist lifestyle and, I’ve discovered, admired for my ability to be virtually immune from judgment. This is a similar standpoint to Robin Williams who is perceived to have succeeded beyond the dreams of most people. And the question remains: Why would a man who has it all still take his own life?

Why, despite my objectively good life, did I feel so inadequate and unworthy of being alive? That’s something I cannot explain. It’s something my friends who experience similar sadnesses cannot fully explain either. I cannot speak for everybody, but personally there seems to be an imbalance of brain chemistry that prevents me from fully enjoying and being at peace with the life I lead. I have moments of clarity in which the emotions collaborate with the logic but usually this is not the case. Usually, my view is clouded with self-criticism, judgment, loathing, frustration and a sense of helplessness. All the good in my life is reduced to a pinprick in my reality and an overwhelming fog of despair fills the rest of my vision. I am aware of it but I cannot clear it. And it becomes the major part of my world, a world that I cannot escape because, no matter what I do, where I am, nor who I’m with, it is always there. So much so that the only apparent means of escape was death. Or medicated numbness.

Over the last year, an alternate solution became more apparent; not feeding the monster. As much as I am talking about it now, I am doing so in a relatively detached manner. I have “evolved” into a space where I no longer consider myself depressive. For the last few months, I have been talking about it less and less. This hasn’t stopped the emotional episodes but it has removed the suicidal desire.

A year ago, I would have steadfastly defended the fact that I suffered from depression. Today, I will tell you I am occasionally irrationally emotional, sometimes sad, sometimes frustrated, sometimes angry, often a combination thereof, but not depressed. I experience the emotions, vent, scream, cry, and very quickly move past them. I don’t advertise what I’m going through. I don’t even seek solace in company like I used to. And the end result is that the beast has been losing power.

I have embraced a new aim for myself, to be at peace no matter what. Nothing needs to change and nothing needs to happen and I certainly don’t have to be something else nor fix anything about me to be at peace. I simply make the choice to. And I will not tell you that this is easy. It’s something one needs to constantly remember to do, and work toward. And it still is a very really struggle even now. And I still slip at times, falling victim to my demons.

I don’t like using the word “work” but it what I have been doing until such time that it is no longer work. Like learning to drive a car or doing maths. It’s challenging as the new neutral pathways are built in my brain. This is complicated by the fact that I’m also breaking down the old pathways, the habitual behaviours I’d created around being depressed, succumbing to lethargy and sadness, crying out in despair to the world at large, praying for a redemption outside of myself. It does take time and effort, but has been a worthwhile exercise.

I am pleased to announce that almost a year after Mr Williams’ death, I can no longer relate to this disease. It’s still a journey for me certainly, but the light ahead is visible and the fog tends to hang around that much less.