To Live The Label

Releasing The Names of The Past 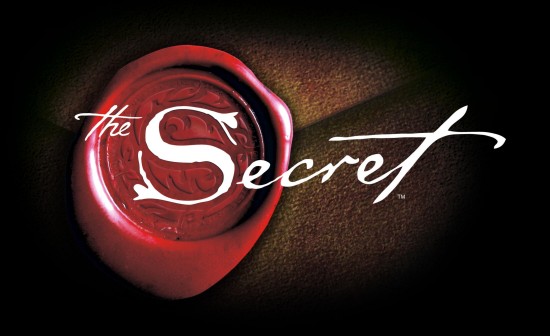 About a year and a half ago, a dvd called The Secret was released. This year, a book by the same title, written by the movie’s producer, hit the shelves. When I first discovered and watched the movie, if was still very underground, heard of by few, watched by fewer. Since then, it has become one of the most talked about movies and books, for better or worse.

First off, I just wish to indicate my position on the movie and book’s message. The secret touted is no real secret. Referred to in the movie as The Law of Attraction, it is a teaching, or a viewpoint, that is mentioned in many holy books and has been fundamental in many esoteric and metaphysical teachings. What Rhonda Byrne, the producer and author, has successfully done is package and market the concept. Also, while she (and her company) did decide on calling the movie/book The Secret, they publicly admit to it being no secret at all and merely a concept not commonly known.

Does the concept work? I first became aware of it approximately seven years ago. In many aspects of my life, it has worked. Yet, in other areas, the same principles applied yielded less than satisfactory results. So, for me, that answer is both yes and no.

But that is all neither here nor there. For this post is not to defend the message of the movie and book so much as to look at the reactions it has provoked, intentionally and unintentionally.

Since the movie became more mainstream, there have been, as there invariably are, two main factions. Those that treat it as the answer to all and, of course, those that would decide it to be nothing more than a hoax, playing on the poor, susceptible minds of the weak masses.

And, so, I find myself touching on a subject that does indeed repeat itself in my posts. Why the prejudice? And I mean this from both factions.

Rhonda came from a bad space financially and emotionally when she decided to create the movie. She has since created an organisation that should keep her rich for a long time. I fully respect her for that. Of course, that may be one of the reasons people would slam the movie. Often the rich are targets.

Of course, it often goes deeper than just having more. It’s about how she came to have more. Is she hurting anybody through the marketing of this material?

How this material is used is not, yes I repeat, not her concern. It’s the responsibility of the person who watches the movie or reads the book.

You think differently? Consider another type of self-help material. An exercise or diet book. The author has put forward what they know to work. Unless they are intentionally malicious, the material is not intended to harm the reader. Disclaimers recommend the reader determines whether the particular information would work for her or him, either through application or consulting an expert.

This is no different from any other form of self-help material. Just because its in a book or a docu-movie doesn’t make it gospel.

Recently, there have been articles on some of the teachers interviewed for the movie being exposed as frauds, earning their wealth by heckling money out of the unsuspecting. Perhaps they have. Perhaps they haven’t. That is of no concern to me. I’m not saying that I’m condoning such actions, if they’ve done wrong and it catches up to them, may they pay the price. What I am focussing on here in the message of the movie and book. Is that message tainted if the messenger doesn’t hold to it?

And, again, does it matter? If you have taken the teachings offered and used it to your advantage, surely it doesn’t. I would say it wouldn’t matter even in the teachings didn’t work. The point is it is the message that bares testing, not the messenger, not the teacher.

How much of what you’ve learnt through out your life has turned out to be meaningless? If anything, did you seek out whoever thought you and have them humiliated and exposed? If not, why not? Surely you’d be doing right to reveal their folly to the masses who might also have been incorrectly taught?

Then again, perhaps what you feel to be meaningless has been truly profound for another.

Our mistake as a society, I would submit, is that we reject or accept teachings and advice blindly. And once we’ve decided on which side of the line a particular teaching sits, we declare that to be the same for everyone. Religion is not the only culprit in this. Every group, every faction believes they are right in their views.

And so, we are not properly taught nor encouraged to test the waters ourselves. Yes, there are certain lessons that can only be learned too late. The problem is that few are schooled in recognising what they should decide for themselves and what they can blindly accept. My personal view is that you, as a thinking being, should test everything for yourself as far as possible.

The message presented in this movie may work for some. It may not work for others. Nothing works for everyone. Why are there as many self-help books as there are? By different authors. With different viewpoints. On different subjects.

Point of fact, one of the teachers interviewed for the movie states quite clearly that the message of the movie is for those that resonate with it. “If it doesn’t, let it go. Find something that works for you, that resonates with your heart,” he says. I hold to that. Just as you would shop around for the best car, the best stereo, the best shoes that work for you, shop around for the best advice. And, while you’re perfectly free to ignore me, my advice is not to slam that which doesn’t work for you. For what may be poison to you could just very well be medicine to me.