Garbage Collection and Museums of Colour

The Gentle Patter of Summer Rains 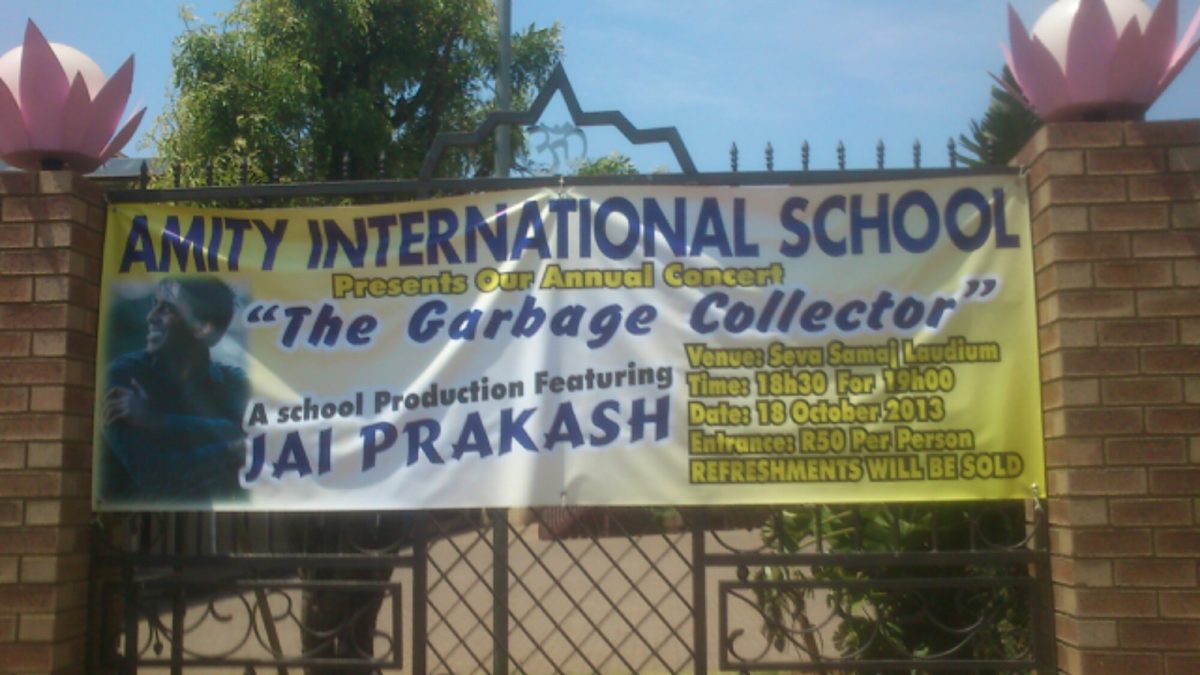 Yesterday was a full day of performance and LOTS of driving around. We kicked off with a full dress rehearsal / open performance this morning in Laudium. The show went quite superbly and our audience of elders and some kids and teachers from the local school thoroughly enjoyed it, reacting and laughing at all the appropriate moments. So, you know, win! 😀 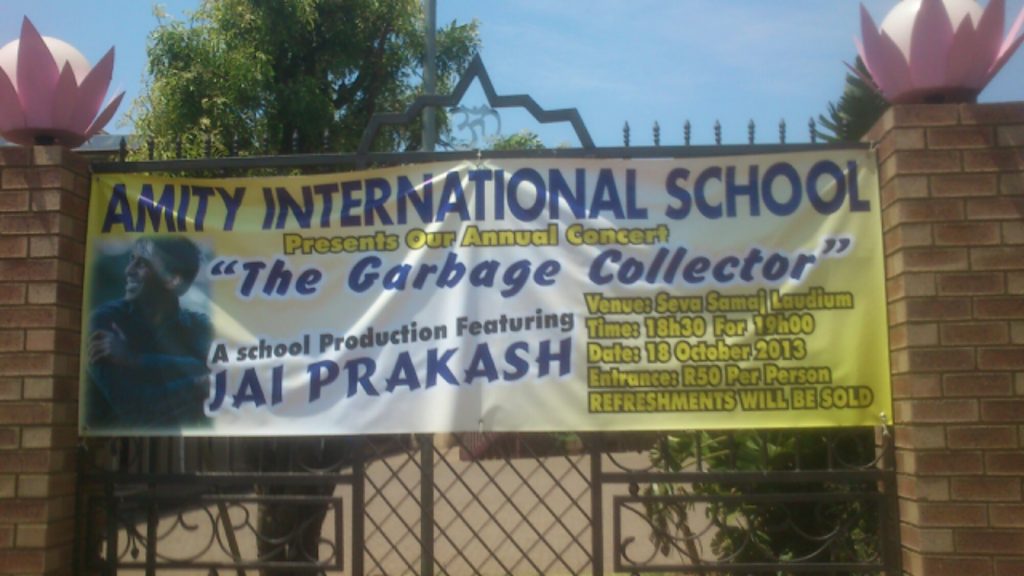 It has been an interesting experience working with the school kids because, particularly the older kids, want to keep adjusting things like choreography and, in one case, changing a whole song! Putting our foot down and locking the performance script is akin to having a boxing match in jello. Which isn’t as fun as you may think.

Nevertheless, a bit of strategic improvisation to the rescue and all went well for both the open morning performance and the final evening one. The audience loved it, blissfully unaware of the unscripted changes, and we all pulled it off and had a fun time. The children were really intrigued with my voice performances; I put on a raspy, old, drunk voice for my character and backstage they were all asking me to show off accents and various other character voices, which, of course, I did to their glee. (Incidentally, some staged photos of the night are for sale here.)

In between the two performances, I raced across the two cities (Pretoria and Jozi) to get to an audition at the Jo’burg theatre which also went spiffingly well. The role was for the play “The Colored Museum”, which I definitely nailed from an acting perspective. There will be a follow-up singing audition later tho; not my strongest of talents.

I really was in my peak today and it felt good to be busy specifically with acting-related goodies. I marvel at how I can sometimes jump from being very insecure when actually working on set to being totally centred and confident when merely auditioning. I was just so chilled doing the audition. Huh.

Anyway, the day was as tiring as it was fulfilling. I was in bed pretty much by the 23rd hour (which has been unusual of late) and blissfully off to dreamland.