Gigabyte T1125 – My Desktop In My Backpack3 min read 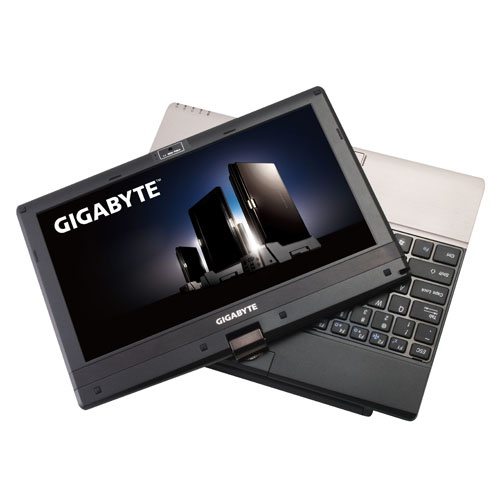 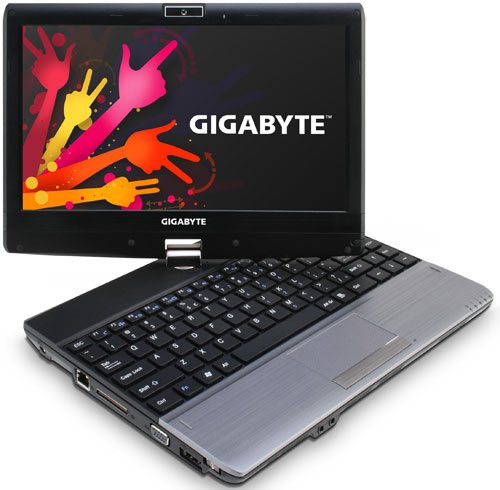 The Gigabyte T1125 is, in my opinion, an amazing piece of technology that means I don’t have to have a plethora of devices that I need to constantly keep synced.

One of my big issues with my previous setup of Desktop PC and netbook was that unless I regularly made a point of synchronising the two, I could occasionally wind up rushing out the house with my netbook only to discover that I didn’t have the most recent copy of file on it.

I used a combination of Cloud and manual synchronisation and it was, quite frankly, a pain. Cloud synching made sense if I always had an Internet connection available and this isn’t always the case if one is on the move.

Additionally, the netbook, while convenient to lug around, isn’t the most powerful item on market. The atom process with very basic Windows version is fine for some writing and basic programming but doesn’t allow for much more complicated activities or gameplay.

The T1125 is an 11inch laptop that’s only slightly bigger than my netbook was which means it’s still convenient to carry around but it’s packed with an onboard Intel Graphics card as well as an NVIDIA GEFORCE with Optimus and CUDA technology! I can play Half-Life 2 wherever I am! 😛

In addition, the laptop has an Intel Core i5; a BIG step up from the Netbook’s Atom and also a step up from my aging AMD Athlone Desktop. The trackpad and the screen is multitouch (2 points), it has a multitude of modern ports including HDMI and USB 3, standard mic, camera, card reader, 3G module, bluetooth, WiFi receiver and a very useful Management Control Panel. It comes with Windows 7 Home Premium which is perfect for professional use. 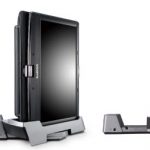 The stand out point is the fact that this little laptop is a three-in-one piece of awesomeness. It ships standard with a very innovative dock that allows the laptop to double as a desktop machine. It outshines and outperforms a lot of the desktops that I’ve been eyeing while being portable.

And, the creme de gras, so to speak, is the fact that it also doubles as a tablet PC, albeit a rather bulky one. The screen swivels around to lie flat on the keyboard for an alternative way to interact. Sticking the T1125 into the dock while the screen is in this configuration allows one to have two monitors as well. 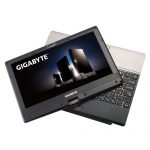 However, as for as interface goes, Windows 7, while fully touch capable, unfortunately isn’t the best interface for a tablet. It does fine but it would be nice to have a more iOS or Android styled interface. Still I wouldn’t want to give up the computing and application power that Windows offers. The Gigabyte does ship with AppPark which is a touch friendly launch interface. It’s pretty and easy to use but lacks any sort of customisability and, quite frankly, I have no idea how to change the default application links. It’s just easier to not use AppPark actually.

I’m really thrilled with this new toy. It has successfully replaced my existing machines and I don’t foresee ever moving the way of the tablet any time soon either. Having too many devices to do more or less similar functions doesn’t make sense to me. Granted the touch interaction isn’t the best but that’s the only gripe I have.

Gigabyte ships the laptop with a dock, portable optical drive (that also has a space for it on the dock), two AC power cables (one for the dock and one for travel), and a neoprene sleeve. For just under 10 grand, that’s a bargain in any books. Of course, having a laptop does mean less upgrade options in terms of processor and graphics card. I hardly think this will be a problem tho. The Geforce is more than capable of handling current games at medium to high settings and the Core i5 will keep things running smooth at least for the next two years, I reckon.