Grooving with the kiddies

6 Things The World Could Learn From Burning Man

Grooving with the kiddies2 min read 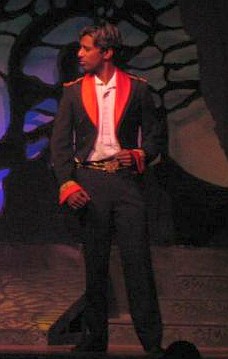 Well, yesterday’s post started all uplifting and quickly found it’s way into a world of self-pity and indulgence. Which, to be fair, is just fine for a project called Me 🙂

As it turned out, yesterday was quite a full day. I have offered my performance services to the Amity School in Erasmia, guiding some of their kid’s performances and adding my own to the mix. My friend, Julia Koutzayiotis, is running the drama production this year at the school and, of course, is riding on my new found semi-fame to help promote their show, not that I’m complaining 🙂

The fifteen-year-old school is predominantly Indian, run by the Hindu Society of the area. Until recently, due to the nature of their pricing structure to offer education for as little a cost as possible, there has not been much in the way of extra-mural activities. This is slowly changing, and with the Amity’s recent involvement, next year will hold a lot more much-needed non-classroom activities for the kids.

It was a fun time, watching the dance pieces that they’d been preparing over the passed weeks. As with any student production, I guess, there was a fairly even balance of kids who were really into their performances, demonstrating flair and joy in each of their movements, and the kids who were either too shy, too disinterested, or just not quite sure which foot was on their left. Most of the performances were quite engaging and fun. We overviewed, gave some advice, and had a good few of the groups chop their items down (Indian-language songs are LONG!)

My overall job for the production is to entertain the audience while the kids are setting up for their various pieces, as a down-and-out, loud, poorly-but-appropriately-dressed homeless man. I love character pieces 😀
The show will be held in Erasmia next week Friday.