The month in review

Be a Practical Positive

When is Your Someday?

The month in review2 min read 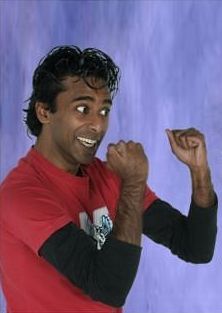 Midway through March and things are still very slow on the performance side of my life. There’s no confirmation on our shoot schedule for Jaan in light of the upcoming long weekend. Unfortunately, due to the low budget nature of the project and dayjob commitments, shooting can only happen over weekends. Hopefully, we’re back in full swing next week. Got to keep the ball rolling there.

There’s been no further word on the I Feel Pretty short film. It’s very sucky when there’s consistent energy around a project with constant rehearsal and development, all of which dissipates at crunch time. Pushing ahead production deadlines really negates all the work that goes into the project. If and when we do get back into it, we’ll have to redo a fair bit of what’s already been worked at, such as getting into the emotional states of the characters and relearning words. It won’t take long to rebuild the story world but the energy just isn’t the same.

It’s akin to preparing consistently for a marathon for a few months only to have your race postponed. Or a night of foreplay with no endgame. Disappointing! And it just feels like all the work you’ve already put in was in vain. Bleh.

Continuing that thread, there are still no confirmed commercial (as in paid, not necessarily advertisement) jobs. In fact, I just found out this morning that I was dropped from a series that I was booked for earlier this month. All this lack of performance work is seriously bumming me out.

Still, there is some light. An ad shot in October last year has finally aired this month. I’m getting a nice response from that. Random strangers are once again recognising me!

Also, things are looking good for our own movie production. I haven’t mentioned much about BollySAMo, our up and coming production company, yet; there’ll be more info on the horizon. Anyway, a successful meeting by BollySAMo producers and funders yesterday means we’re in the running. Movie production will start by midyear.

Finally, I got to flex my nutty performance muscles a little last night at Causing-A-Scene‘s improv group. We got together in the Wits drama building for two hours of hilarious improvisation games. I haven’t done any dedicate improv activities in a long, long time. I felt a little out of my depth amongst the amazing talent that is Causing-A-Scene. It was loads of fun though. And a good indicator of how much out of physical-theatre acting-shape I am.

Will definitely be joining the peeps on a regular basis. If you’re a performer and are interested in joining the open group, contact Alex for details. Space is limited so it will be on a first come, first serve basis.

And that’s that for all that’s been not-so-happening in my world. That said, there are some behind the scenes projects active that I will chat about once there’s more to actually chat about 🙂