My Own Project Me 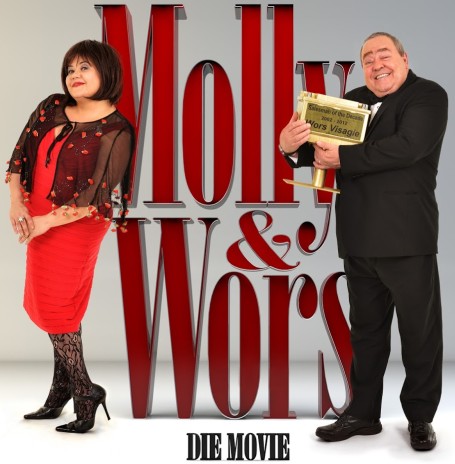 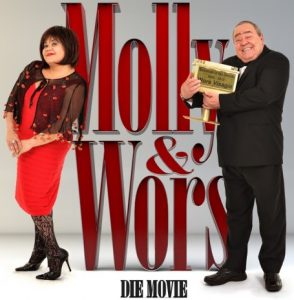 Just got back from the Molly en Wors première. Nice to finally see the finished product. My scenes were shot over a year ago, I’d pretty much forgotten most of my performance. I can honestly say I’ve grown as an actor in the last year 🙂

The movie was a sweet, pleasant experience with a nice (relatively) family friendly story and charming, if not a little over-the-top, acting. The expressive acting is part of the style that is Molly en Wors and works for its audiences.
The general story follows Wors Visagie’s (Willie Esterhuizen) work award granting him and wife Molly (Lizz Meiring) a trip to Holland, although, for economic reasons, each get a different class seat. The ditzy actions of a stewardess-come-drug-mule, combined with some hard-core sleeping pills, however, cause some hiccups in the Visagie’s holiday plans.

I played one of Wors’ work colleagues, Neville Naidoo, a character often mentioned in the tv series but not seen until now.

The première was screened at the Irene Village Mall Ster-Kinekor cinemas to a combination of cast, crew, and media. I will say this, my idea of semi-formal is constantly being shifted from event to event. This night, in particular, the dress-code included three-quarter jeans and t-shirts. I’m glad I wore my bright red top-hat to offset my otherwise rather too-formal-for-this-crowd garb 😀

Commissioned by kykNET, and distributed by Nu Metro Films, Molly en Wors: Die Movie officially releases nationally next week (24th September 2013). Go see it for a light-hearted, comedic romp. Be advised, my English friends, the movie is predominantly in Afrikaans and the première did not screen with subtitles.