6 Things The World Could Learn From Burning Man 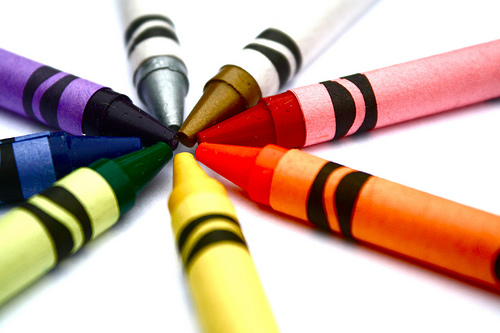 I was going through some of my writings with a friend in the last week and she identified that in many ways I have not grown up, particularly in relation to my ideas on romance, which is one of the predominant contributors to my depressive periods. This was new to me.

Well, not entirely new. I’ve had similar pointed out before, just more directly, which puts me on the defensive and I shut down and stop listening and feel attacked and retreat into my safe world where marshmallows grow in abundance. What was different this time was that my friend was referring to the character that I had written which was based on my current self, and I suppose because it was more third party referring, I could better see, “oh my, I’ve really not grown up in three decades!”

Perhaps, also, I’m just at the stage in my life where I realise I’m chasing pipedreams and I’m ready to say, “that’s it. I’m done.”
I’m done trying to achieve fantasies born in a pre-teen mind. So that Bible quote above reverberated with me today; it is time to leave childish things behind.

There’s no reason to throw away what still serves us. We are all children of somebody until we die of old age. So let’s clarify here: I will still play with my toy swords, but evolve ideas and attitudes.

Since I began my more formalised spiritual awakening, there has been a defined distinction between things childish and things child-like. To be child-like is the positive side of the coin: being present, energetic, imaginative and creative, fully aware in the way that one interacts with people and the world. We all generally admire the child-like nature of children and people who have been able to harness that energy without succumbing to the flip side which has, in my circles, been defined as childishness. These are the more immature, self-pitying, all-about-me, tantrum-throwing elements.

Sometimes, however, it’s very blurry what may be considered a positive aspect of childhood and what’s negative. The innocence associated with children is one such trait. The more cynical among us would probably say that innocence as an adult is a bad thing because it allows people to take advantage of one. This may be true but innocence also allows one to see the wonder and the magic in a new job, the potential of a new relationship, a lifelong friend in a perfect stranger, a future in a wasteland.

It comes down to balancing the traits that allow us to create magic in our world and the traits that effectively keep us stuck to habits that don’t serve us. It can be a juggle and a tough balancing act, especially when we’ve experienced disappointment, hurt, shame and anger.

I have a friend who has demonstrated her beautiful ability to fall in-love consistently and fully no matter how hurt and destroyed she was by the preceding romance. I wish to have a similar outlook. To understand what attitudes need abandoning and which need fostering. That’s the ongoing mission of course through this project.