Getting Rejected Can Be So Worth Your While

It Just Delights Your Heart

Getting Rejected Can Be So Worth Your While2 min read 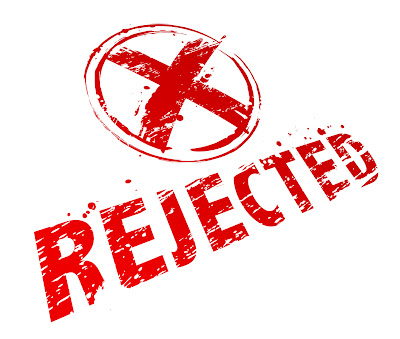 We all find rejection hard. We don’t want to have people turn us down. And, interestingly, this is not something that’s always addressed in our upbringing. Being turned down holds such an emotional stranglehold on most people that it literally cripples them from action.

I’ve gone through this and still do occasionally. I hated people saying “no” to me. But not everyone did. Most of them only rejected me in my head. I like people to like me and, in my head, if they said “no”, it was because they didn’t like me.

Maybe this is similar for you. If you do fear rejection, for whatever reason, watch this video and decide to embrace it henceforth.

This man is immensely courageous by common standards. Yet, all he did was go out there and ask for what he wanted. Sometimes he got a “no”, sometimes he got a “yes”. He just jumped in and decided to kill this irrational fear in one swoop. My journey has been a bit slower.

For example, I used to be shit scared to talking to new people, particularly pretty girls. Over the years, I got past that but then I couldn’t actually ask those same pretty girls out. Eventually, with a fair bit of work on myself, I moved through that as well. Now, I usually have no qualms interacting with new people. Sometimes they respond and engage with me and sometimes they don’t. Rejection hasn’t stopped. Now, however, it actually happens in the real world and not just in my head. Mostly.

As an actor, I do get the opportunity to be rejected regularly, every time I audition. When I started out in this industry, it was devastating when I didn’t get a role. These days, I take it in stride. Don’t get me wrong, I can still be disappointed and sad that I didn’t get a role, especially when it was something I really wanted. It just means I don’t let a “no” stop me from continuing, and still giving my heart and soul the next time.

Today I hiked with a friend who had to undergo surgery after a particularly bad skydiving incident. His ankle is a bit fucked but that doesn’t stop him; he’s still planning his next skydiving trip. Most people treat “no”s like a bad fall. Get one and they never want another. A “no” is just a “no”, and usually has nothing to do with you.

You can get back up or you can stay down; and that part has everything to do with you.

Watch the full video of Jia’s trip to Krispy Kreme.