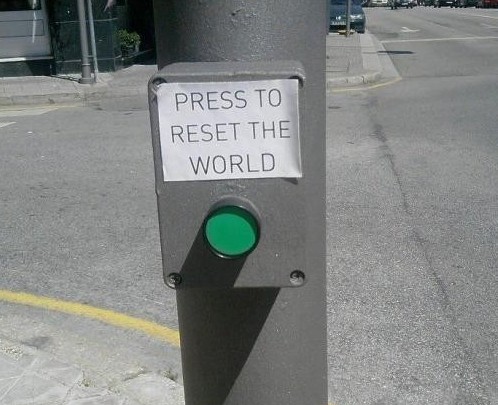 In my wallow session last week, my attention was brought to a deep anger that I’ve held in me for many years. Very few people who know me would ever be able to imagine me angry, so easy-going am I in general day-to-day interactions. But, like they say, those are the ones you’ve got to be wary off.

I don’t get angry often but when I do, it can be a strong rage. But those situations are generally dealt with quickly. This deep anger that I mention is a seething volcanic pit of fury that goes well beyond any mundane dispute. I’ve been aware of it for years, aware of how often, particularly in my periods of depression, I wanted to vent it by beating the shit out of someone. Not a punching bag or a pillow; an actual flesh-and-blood, living human that would bleed and bruise would only bring satisfaction.

So as part of my current journey of self-reflection, I re-investigated the source of this anger. It’s something that has been growing and festering since my childhood when I first realised that humans are arseholes thanks to an environmental documentary on some devastation that was being inflicted on some natural area. While I don’t actually remember the documentary, I do remember where I was when I saw it (in the tv room of a family friend) and, more importantly, the subsequent conversation with my parents with me saying that we should do something to stop this destruction. They tried to reassure me, of course, but the statement that stuck in my head was that there was nothing that I nor they could do.

Thus formed an underlying hate of my species and distrust of my elders who seemed to not care about making a change from my young perspective. Of course, I didn’t know what to do either but that just caused this little ball of hate (which turned to anger) to grow and mutate and engulf part of my being. I longed for years thereafter to destroy humanity but, of course, I had no idea how.

Another massive flood or a giant species-specific reset button would have been great. I didn’t want the rest of the world to die out, just human kind. Dreams of a child, and one, I eventually learned, was shared by a good number of other people. We are a sad, sick, and very irresponsible people as a whole. However, as I grew up and better understood the world and my people, I was better able to navigate and engage with this situation. It hasn’t been fixed but we are taking better care of our planet now than when I was a toddler.

The child in me still wants vengeance for our fellow Earthlings, and, despite the intellectual understanding, that anger still exists and is still very strong. If not for my socially applied mental filters, I’m pretty sure I would have already cracked and beat up somebody with a willow branch.

Having re-acquainted myself with this emotion, however, I have something to work with and on to start alleviating it. Just part of that joyous and continuing journey of bettering myself 🙂

A Million Dreams To Dream While Wide Awake