Women and Their Money 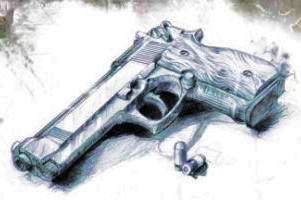 Our movie, Breakdown, has been in construction for the last four months. Over this time, we, as a company, have also been growing and learning and studying why we, as a country, haven’t had great success in commercial movie-making.

There is really only one man that’s unequivocally made a success within the South African market, without international influence. His movies are of the slapstick and toilet comedy variety that’s been tried and tested for a few decades and proves to still tickle the South African market. Other movie-makers, however, have not have as long running success, many not having any success.

The odd movies that have had international funding and structure have done well enough to take the movie-makers involved out of the country to more prosperous lands.

The structure of foreign commercial movies works. Look at the number of successful American movies, for example. Given the option, our English audiences would opt for a foreign American movie over a local South African one almost every time. They know that, in general, South African movies don’t work. They aren’t entertaining in the same way as the international movies are. It’s not always because of bad acting, bad sound, or bad cinematography. It’s mainly because local movie-makers don’t follow a working structure.

They don’t write their scripts according to Hollywood methods and they don’t produce and edit their movies in a manner that draws crowds. They are often more suited for the arts circuit than commercial cinemas.

Why is this? There are several reasons but one is that many local writers don’t know the proper structure or, if they do, try too hard to be free-flowing and artistic. Free-flowing scripts without depth and the proper structure are only suited to the art-house. People who make their first movie and art movie almost never get their money back, thus almost never making a second movie.

When my partners and I set about creating a movie-making company, we decided that we wanted to make profitable movies and uplift the local industry. What better way to do this than copy the Americans?

What my company and I have learned over the past months is the exact formula used within Hollywood. The learning has essentially ruined movie watching for us because we know what to expect now that we know what to look for in ever commercial movie created in the last fifty odd years!

On the plus point, however, we also now know what we need to do to create a successful South African branded movie. With this knowledge, we took our commissioned script and wound up rewriting the entire story, according to formula. Looking at the depth we’ve now managed to attain, our excitement levels have gone haywire. Not only have we fleshed out our story to a point that we’re already frameworking a sequel, but we’ve finally got ourselves a great script. And, as any Hollywood executive will tell you, don’t bother trying to make a good script; you need a great script if you want to succeed in the movie business. Looks like we’re on our way.