Rushing to Get There

Rushing to Get There3 min read 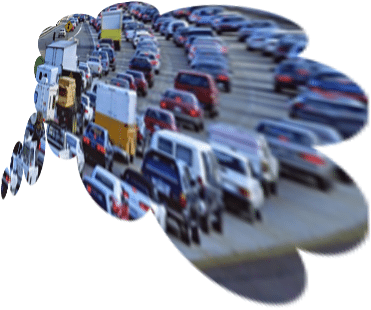 Élouise and myself drove through from Cape Town to Johannesburg over the last two days. It was a very pleasant drive yesterday even though we only managed to leave the Mother City around 3pm. Today, however, was a bit more chaotic. Ordinarily, we would have avoided driving back any time in the first week of the new year but I figured, quite incorrectly it turns out, that the traffic would be fairly slim this close to the new year.

Heavy traffic, however, isn’t the problem. Both myself and Él drive fairly conservatively preferring to enjoy the ride rather than be the first person to reach Johannesburg as seemed to be the mentality of pretty much everyone else on the road. Which totally befundles me. You’re on the last stretch of your holiday. Relax, take it easy, enjoy those final hours.
At least, that’s my take on it. But I didn’t leave my oven on and needed rush back to take in the last smoking embers of my abode.

It is a typically Johannesburg mentality though. I noticed it when I was on my way to work in the mornings. Heck, I even fell into that trap. We have an insane need to be in the office at an exact time and go forbid if we’re a few minutes late. A few minutes early goes unnoticed but being late, then the poo must fly or else there will be anarchy.

It’s difficult to convey to people stuck in that mentality that life will continue regardless. Formalised time (as in hours and minutes) was created for convenience and it has turned into an enslaving entity, upheld by the various bosses of the world. So much so that even when people are on holiday they have a schedule to keep.

And I get it. I’m guilty of it. I also can get frustrated by no keeping to a schedule that I’ve committed myself to. My trick is that I don’t often commit to a schedule. I understand that the world will not end if a delay occurs. Nor will it change if I am early. Not by a few minutes or hours, at any rate. Those time periods are only really important to stock tradesmen.

In the real world, whether I arrive in Johannesburg at 12pm or 5pm after a two-day drive is only relevant if I’d foolishly setup an important appointment on the day of my return. Whether I arrive at the office at 8:15am or 8:45am is largely irrelevant if I’m getting the work done. People in Johannesburg seem to forget this. Instead, they rush to overtake a chain of cars on a single lane road at 160kph to make up some precious seconds on a fourteen hour journey, endangering themselves, their families and the fellow road-users.

It’s ridiculous. There was no Tsunami chasing us. I checked. Johannesburg was still going to be in exactly the same geographical location that we left it. There really was no logical need for the vast majority of people to rush and get impatient and stressed out about returning home. Granted, I’m sure there were personal exceptions but even so, driving recklessly at speeds that aren’t always manageable isn’t a good idea. Rather leave early, either in the day or the week. Simple solution.

Anyway, that’s my rant. It needed to be said. We passed a few collisions and were freaked out by potential collisions near us and just want people to grow up a bit and be more responsible and relaxed in their travellings.