Know Where Your Thankfulness Lies 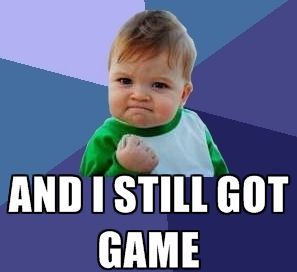 A few months back I mentioned that I had to make a difficult decision that led to me turning down a really cool role in a dinner theatre production. As stated in this post, I was rather distraught to have given up the role, considering an act of closing the door on what could have been a very good step down my career path as a performer.

Surprise surprise, fast forward to production time, and my agent received a call from producer, Kelley Thorington, requesting my availability to perform in the bigger, more corporate performances. Well, of course, I was available!

It wasn’t the role I had rejected, of course. In this dinner wedding, I played the photographer who intermingles with the audience, encouraging their participation while taking genuine photos of the event for the company’s use. Quite a good way to show off, actually. Since I was unscripted, I could do and say what I wanted within character.

I am very grateful that Kelley pulled me into the show, essentially creating an unscripted character for me. This has been a bit of a dark time since my turning away from my performance career so I wasn’t in the best space to really play with that character but, all in all, I think I did pretty well, showing off some dance moves in among taking amazing photos. Well, I trust they were amazing, I didn’t get a chance to go through them afterwards.

I did feel a little bit as an outsider with the production though. I had come in cold, and hadn’t had the lengthy rehearsal time to get to know the rest of the actors and them me so it was, for me, a bit uncomfortable engaging with everyone. Things got a bit better by the second performance. I did, however, envy the connection that everyone else had already established. I wasn’t in the emotional space to just jump in socially. The experience, nice as it was, could have been better had I been in a more uplifted period in my life.

Check Computicket for times and prices of upcoming performances.