The Little Swimmer Who Could

Voting For The Greater Good

The Little Swimmer Who Could2 min read 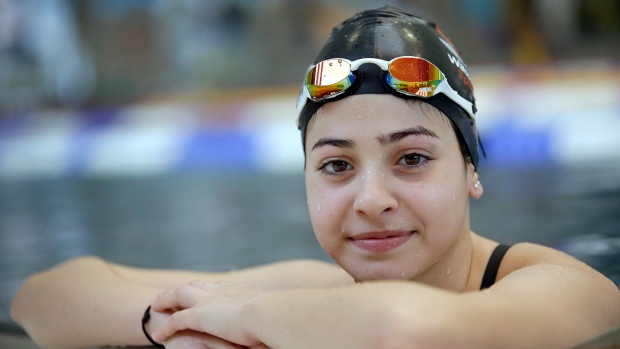 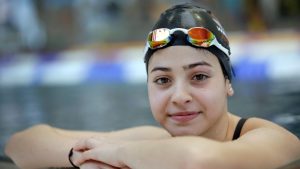 I’m a sucker for uplifting human stories, and with the 2016 Olympics underway, there’s a few surfacing. Virtually every athlete has an interesting journey but Yusra Mardini, a refugee swimmer from Syria, is the latest to pull at my heart-strings.

This young lady grew up in Damascus, Syria, training herself as a swimmer in the war-ravaged city, and even representing Syria in several swimming events. Following the destruction of her home, she and her sister left Syria last year, travelling through Lebanon and Turkey, before taking to the seas toward Greece.

En route in the Aegean Sea, the overloaded boat carrying twenty people including six-year-old children, lost its engine and started taking on water. Yusra, her sister and another person, the only swimmers among the group, jumped in the water and kept it moving and afloat. 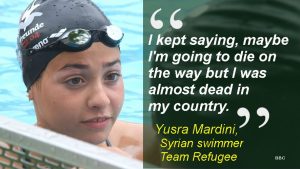 The spirited Yusra recounts how she made herself seem happy even though she was dead tired so that the young children on board kept hope. For three and a half hours they paddled, steadying the boat, until they reached the island of Lesbos Their arduous journey continued as they travelled the land, hiding from police, until they eventually were reunited with their family in Berlin, where she currently resides.

It’s amazing to think that this is something that happened barely a year ago. A story that shouldn’t have been real in a time where we are so connected, currently celebrating so many countries playing together, in peace, watched as one from all corners of our planet.

But one can also take heart and learn from Yusra’s attitude through this epic journey. She remains bright and vivacious, and while she may not return to the open waters very soon, still says that it’s a positive memory for her.

“It’s tough,” she has said. “It was really hard, for everyone, and I don’t blame anyone if they cried.
But sometimes you just have to move on.” 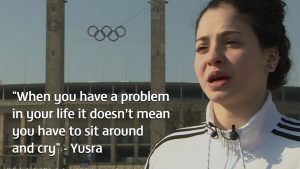 his teenager is an inspiration for humanity, on top of all people who have been forced out of their own countries. We all belong to this world and we all deserve to have a place we can call home. It is a shame that there is still so much war and destruction and hate, but this lady and so many others like her, who have been through the worst, give me hope. She is the warrior we can all be.