This Isn’t A One Man Show

A Discussion with the Son of God

This Isn’t A One Man Show2 min read 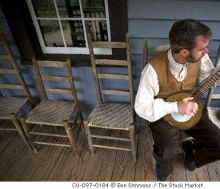 In South Africa, our movies generally have one or two good elements and a dozen bad ones. I’m referring specifically to the movies that don’t have any international influence.

Locally funded and produced movies don’t often have the right people doing the right jobs. For one thing, South Africans try to do everything themselves. Partly it’s an ego thing. Partly it’s a money thing.

Regardless of the reason, there are certain elements in the movie-making process that should be done by people who’ve trained specifically for that job. Having the cinematographer act as director may result in great visuals but poor acting. A cinematographer won’t know how to direct actors. Just like the sound guy shouldn’t be deciding on the lighting.

Granted many people in the industry do double up their talents. If a great cinematographer is also a great director, then props to him or her. I’d hire that person for both roles. It may work out cheaper salary-wise and mean I’ve one less head to feed for three to four weeks of shooting. But if the same person is only so-so at one of those talents, it doesn’t make sense that I’d jeopardise my movie by not hiring an additional professional.

From a business perspective, my budget must be adjusted to allow me to hire the best in their respective field. I may not get the best, but I sure as anything would aim to. A movie that doesn’t make a profit means I will struggle to make my next movie. At a low budget estimate of just over a million, funding my own movie will very rarely be an option, and investors are loathe to invest following a failed project.

Yet, South African movie-makers seem to not understand this simple concept. I’ve come across far too many people who are more keen to just get their movie made than to get it done right. There are so many elements to a movie that nobody can do it on their own. You need to be an great dialogue writer, a great director and a great and well organised producer. And even then, even if you are the best editor in the business, it would still be essential to hire someone for post-production simply to get an outside perspective.

Getting too involved in one’s own project is a sure-fire way to create a flawed product. After six to twelve months, a movie-maker loses objectivity. At almost every step of the project, having fresh input from qualified professionals is essential to developing a commercially marketable project.

Local movie-makers seem to forget or simply not realise this, resulting in sub-standard stories that they think are over-the-top amazing.

This has turned into a bit of a rant but the point remains: you cannot do it yourself. If you’re a movie-maker, put your ego aside, properly work out your budget and hire the right people for the job.