Training Up The Industry

Women and Their Money

Training Up The Industry2 min read 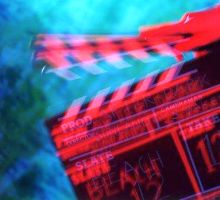 The production company which has spawned BollySAMo is called Apeiro. Apeiro is basically the brainchild behind the movie project, Breakdown. What I love about this company is that they have a firm grasp on what works and what doesn’t, understanding that the South African industry has a long way to go and we, as an industry, are being very stupid to not duplicate the very successful American way. Because, well, say what you want about the State-side folks, they know how to tell a story for profit.

With this in mind, Apeiro has approached me to be part of their training division, aptly called Apeiro Training.

I’ve turned down the partnership offer to instead freelance as a trainer, focusing on the performance and story-telling side of movie-making. While I am in firm support of the initiative, I am also loathe to tie myself down to a training company. It’s just not my calling right now. Nonetheless, I’m still a part of the project albeit not as involved as Apeiro with like me to be.

The training itself is based on international working standards. The standard of our locally produced movies are, in general, rather shite by comparison to imported flicks. Our movies have developed a reputation for being a good miss. When people go to the cinemas, given the option of an American movie and a pure South African one, most people opt for the non-local one.

South African movie-makers, for the most part, are still in a learning phase and haven’t quite cracked what works for the masses yet. Those locally produced movies which have international involvement have done well. We have the talent, the locations and the stories. What we lack is the technique.

With a lot of our training based on the teachings of American Producers, Apeiro Training’s main aim is to raise the standard of purely local movies, while also providing the option for students to be apprenticed to the Production side of the company. Our industry is tiny and work is very scarce but we feel that growing the skill-base to a level that is able to make profitable first movies will naturally ensure that second and third movies follow, thus growing the production company and, in turn, shifting our industry into its long-overdue adolescence.