We Need A Group?!2 min read 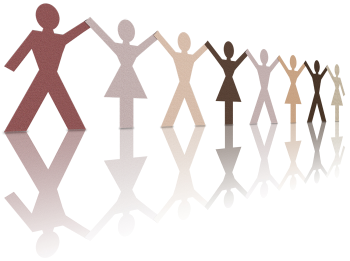 A response I had from my Poly Palooza post was “They need a group?!”
It’s quite a common reaction and I wanted to address it.

Theoretically and in an ideal world, no-body needs a group to be themselves. You simply be. But we live in a society where being yourself is only encouraged so long as you’re not unlike everyone else. There are people who stand out from the crowd and we consider them celebrities and heroes but only when they’ve stood out far enough and long enough to no longer be considered one of the “regular people”. Until that point, most people within our society are ostracised and ridiculed for being different to what is considered the norm.

And for this reason, every fringe sub-culture requires a group to which they can feel they belong, through which they can meet and connect with like-minded people, and be protected under. For many people who practise, what is for the socially-normalised, an alternative lifestyle, there is potential for backlash and undue prejudice in both their social life and in the workplace. Small-minded corporates may not want to be associated with people who, for example, are Rastas or bisexual or nudists or radicals or have multiple consensual romantic partners.

Why? For the same reason, women, other non-whites and homosexuals were (and still are) ostracised and marginalised. Our society is bred to fear and reject what is considered different, and no matter how far we think we’ve evolved into being a more accepting and tolerant people, we, as a society and species, continue to reject that which is not us. And, because of this potential prejudice, many people who do identify as polyamorous (or any of the not-yet-accepted sub-cultures) prefer to keep their secrets, revealing themselves only to the support groups in which they feel they are safe to be themselves without fear of being fired, or rejected, or ridiculed.

It saddens me greatly that we haven’t really come very far as a whole in our time living as a structured civilisation. There has been growth in some regards, baby steps along very specific paths, and what’s even sadder is that these wins for some don’t pave the way for others. For example, there are members of the gay community that distance themselves from those who identify as bisexual because the latter is still on the outskirts of accepted behaviour while the former has found their place in society.

Is it always going to be a fight for acceptance? I hope not. I travel and engage with social circles wherein everyone is accepted unconditionally. Yet I am also very aware of how much this is not the case
outside my circles where undue prejudice and fear continue to rule.