Who am I acting to?

Pushing Too Much On My Performance

Who am I acting to?2 min read 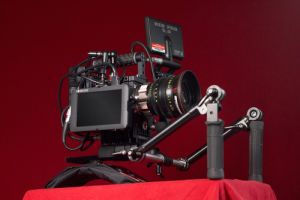 We did a very farcical group scene today involving a lot of shouting and subsequent excited running out of the casino. It was awesome. I’m looking forward to seeing what the performance translates to on-screen because on the floor, it was little different to a chaotic stage performance.

Which led me to the question “Who am I acting to?”

On stage, I react primarily off the actors and play it to the audience. As I’ve often stated, I love approval, and live audiences are great at providing that in the moment. For TV, on the other hand, performances are more technical and are directed at the camera, without acknowledging that the camera exists.

My inexperience in performing for camera shows when I get the technical stuff wrong, such as moving too much for the frame size, walking too fast or not being pacey enough. On stage, one can get away with it by compensating appropriately. It’s easy enough to have a break in the lines and bring that into the performance. As an actor, one has full control of the time for the performance, providing the show isn’t extended or shortened by hours, the audience is none the wiser. TV has a specific time slot; there’s no luxury to indulge in the lines. It’s a fine balance between providing a good performance while still being technically sound.

For the scene mentioned above, a lot of the technical side seemed to be put to the side. It wasn’t, of course, but because, as a group of actors, we had a bit of free rein, it seemed like it was. I felt more that we were playing to each other than for the camera. And I realise that this is also an illusion. The experienced actors still had the camera in mind, I’m sure. It was I, who normally has to think about all the technical aspects to screen performance, that momentarily put it out of mind.

I liked that feeling. As I gain more experience, I’m confident that I will be able to put more into my performance without being mentally distracted by the technical side. I’ve noticed that over the years, I have become more aware of where I should be and how I should position myself to better perform to the screen. It still takes a lot of mental processing and I still find that I’m missing the mark (or it does feel like it) but I am getting there. Before long, that camera will just be a subconscious part of my performance, like changing gears while racing to the studio. And then, my word, you’ll watch my performance soar. 😉